Recently while working on a Power Apps Canvas application, realized that when we create collection from CDS entity as data source, it does not collect Lookup value by default. To work around this issue, we would need to expand Lookup node (same as in Power-BI) either by setting a temporary variable or control.

Let’s see it in action. 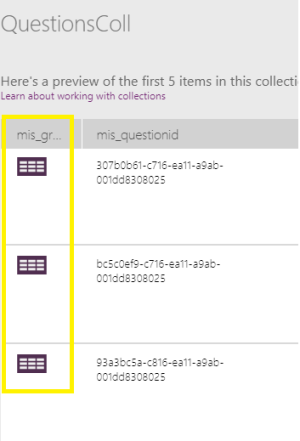 Looks like a limitation currently and probably being worked upon but in case you face same issue, can use this work around.

One thought on “Collect does not collect Lookup value from CDS data source by default – Limitation?”

Let's get smarter together...